It began in 2015 in Shirati, a village in northwestern Tanzania. Medical student Victoria von Salmuth was interning at the local hospital, where a young mother had given birth to premature triplets. But the little babies weren’t growing: the mother wasn’t producing enough breastmilk because she had nothing to eat herself. Von Salmuth went out and bought fruit for her, and that was the start of the Shirati Food Programme. The goal is to provide one hot meal a day for women and children in the maternity ward. Now, two and a half years later, the newly graduated doctor recently returned to Shirati to see how the project is going.

“There are no roads in Shirati, just red sand. When you approach the hospital the first thing you see is a big Coca-Cola logo, and under that, in very small letters, ‘Shirati Hospital’”, Von Salmuth says of her first impressions in 2015. “It’s quite large, around 150 beds. I was overwhelmed by how crowded it was. Bed next to bed, no private rooms. Men and women are separated, but other than that you’ve got everyone lying next to each other, with different diseases, infections and injuries. Initially there were dogs and cats roaming around as well. Just imagine the smells and the sounds. My first thought was, what have I got myself into?” 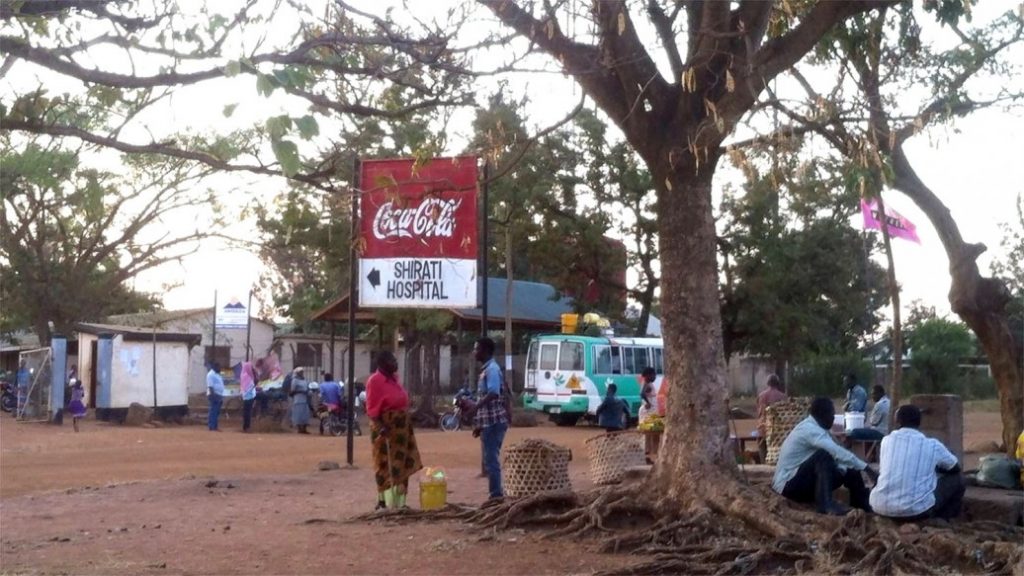 As the only intern, it was a matter of rolling up her sleeves and getting to work. Von Salmuth joined the doctors on their rounds and gradually came to learn how things worked. The way people dealt with life and death was very different to what she was used to. “I found that really hard. I was the only one who ever went running to an emergency. They were probably thinking, what’s that mzungu [white person] doing here, why is she in such a hurry? 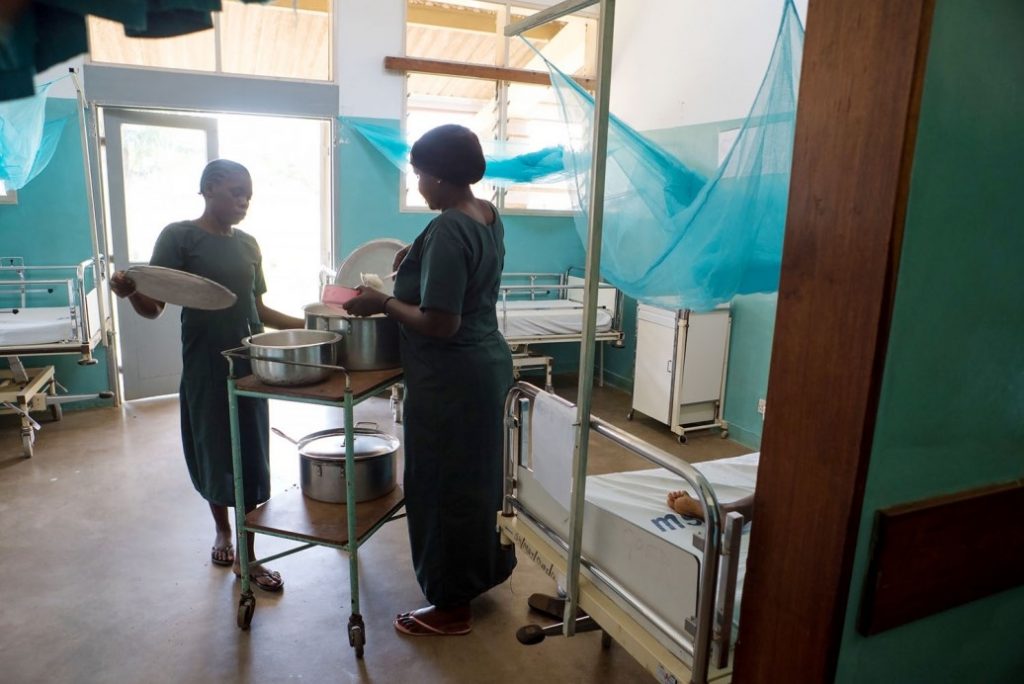 More people there die than here, that’s just how it is, so why run for one emergency? I often thought that if this or that patient was in the Netherlands we could have saved them, could have done all sorts of things. But there you have very limited resources. You can’t request lots of tests, so you have to diagnose the patient on the basis of a physical examination. I do think it makes you a better doctor, because you learn to trust your own hands and skills.” 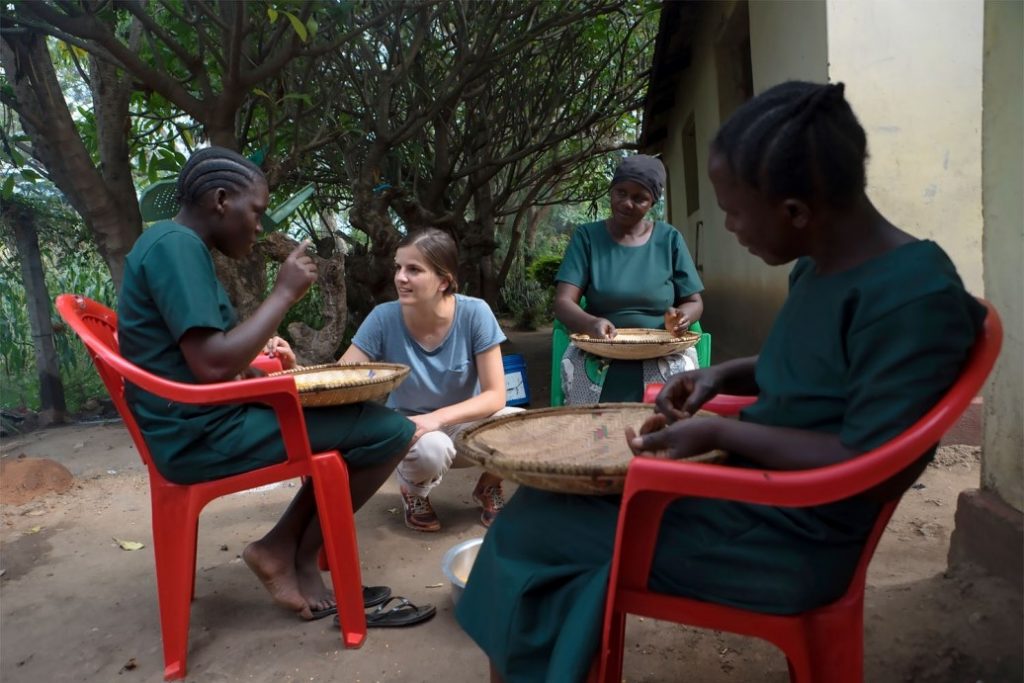 Victoria and the cooks

She wasn’t the first to come up with the idea of a food programme. A kitchen had been built in 2009, but due to a lack of funding the initiative never got off the ground. Thanks to the Shirati Food Programme, the kitchen has since been renovated and fitted with additional ovens and stoves. There are now four cooks who prepare one hot meal per day, seven days a week, not only for the maternity ward but for almost all needy patients. “I got to personally meet the cooks, which was very special. They wanted uniforms rather than new pans, so we organised that for them. People couldn’t tell that they worked for the hospital, and for them it’s important that people can see they have a function. I’ve learnt that my expectations don’t always accord with what they find important.” 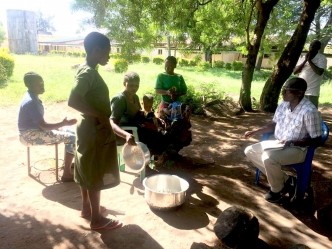 The programme is going well, partly thanks to the fact that it employs local people. Von Salmuth’s main contacts are her supervisor Dr Chirangi, who supported the project from the start, and Fred Chacha, who housed her during the internship. He works for an American NGO, REACH Shirati, which strives to improve health, education, water hygiene and nutrition among the local population. “Fred has become like a brother to me. He’s always there on site and we’re in close contact. So I know for sure the money is put to good use.” 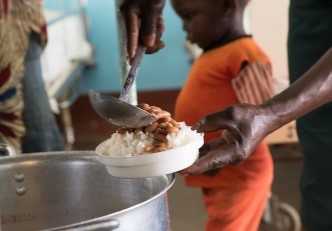 At present, around 60 meals per day are distributed. Ultimately Von Salmuth wants to provide a meal for every patient. “We’re not far off that, and I’m now looking into how we can expand the cooperation with Maastricht University by setting up a research programme with students from the Master in Global Health. For example, we don’t know how widespread malnutrition is in the region; we only know the figures for Tanzania as a whole. My dream is to set an example for other hospitals in Tanzania and to cooperate with other organisations involved with malnutrition. I have to stay realistic: Shirati taught me that you have to take small steps, because things just move more slowly there. But I keep the bigger goal in mind.”

Being patient and accepting cultural differences – these are essential skills, in Von Salmuth’s view. Many patients only turned to the hospital when their conditions had already progressed to an advanced stage. “By that point it’s too late. They’d go to a traditional healer first, and we’d often see intoxications of the herbs they’d been treated with. During my last visit I saw a young man of 18 who was in a lot of pain and having trouble breathing. The week before he’d gone to the traditional healer. Within five hours his condition deteriorated to such an extent that he died in our hands. Nobody knew what herbs he’d been given and how much, so there’s nothing you can do; you’re powerless. There’s still a strong belief that traditional healers are better, and cheaper too, so the cycle just keeps repeating itself.”

Back in Maastricht, she is busy looking for new sponsors and setting up the research programme. She is also looking to specialise in gynaecology, a choice in which Shirati played an important role. During her internship she was suddenly called to a village in the middle of nowhere, together with an older woman from the village who helped out with births. “I’d assisted in hospital deliveries before, but here I was alone in a village with nothing. Fortunately the villagers had received information about giving birth, so there were gloves, disinfectant soap and a clamp for the umbilical cord. And we brought that baby girl into the world right there on the ground. When the mother was holding her daughter in her arms, she said, ‘This is Victoria’. It was so moving. I’ve just visited her again. She’s now two and a half years old and growing steadily. It was partly that experience that made me want to do gynaecology. You’re present at one of a person’s most beautiful moments in life, but if things go wrong, it’s one of the worst.”

What makes her so committed and decided? It’s not everybody who goes abroad and immediately sets up an aid programme. “My parents always encouraged me to try things. My mother is a GP and a daily example of someone who works hard, but with passion. I got that enthusiasm from her. If I’m going to do something, I’m going to do it well. In Shirati I learnt about medicine, but also about cultural differences and language. I’ve always enjoyed that; it’s a combination I feel at home with.” Her mother even spent two weeks in Shirati, where they worked side by side. “It was a valuable experience for both of us. She found it very special to see me in such a leading role. Here in Maastricht you learn to look beyond your own familiar world. I got so much out of my internship.”